Between October 17th and 20th the TimeFlyers workgroup was involved in archaeological aerophotogrammetry operations by the use of microdrones within the Anphiteatrum Flavium (Colosseum) in Rome.

The main activity profile consisted in photogrammetric passes and video/photo documentation in the areas of the so-called hypogean level, i.e. the structural complex which was originally under the arena and is now partially exposed due to collapse of original ceilings.

The primary goal of the work was to obtain a large scale (1:50) ortophoto so as to document the current status of ancient structures. As a side-activity to this type of documentation, a collection of still images and video footage was acquired for additional information.

One of the innovative aspects of the operation was the use of micro-drones of the “0.3 kg” category. Such class of UAVs is regulated in Italy by the article 12 section 5 of the ENAC Regulation on Remotely Piloted Aerial Systems, and calls for UAVs to be within 0.3 Kgs of take-off mass, not faster than 60 kmph and fitted with shielding for the propellers. Under these conditions, registered and insured UAVs can be legally flown in urban settings and without the need of a specific license for the pilot, both elements being subject to heavier requirements for larger drones.

In the specific case, deployed UAVs were FTD Sparks, one of the Italian custom variants of the widespread DJI Spark quadcopter.

Two drones were flown at a-time (led by two separate teams) and they were used to survey several different kinds of structures both in outdoor and indoor environments, aiming to a comprehensive and accurate documentation of the overall space. 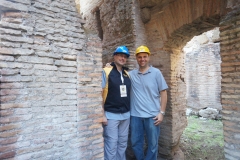 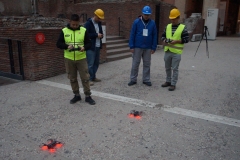 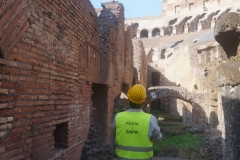 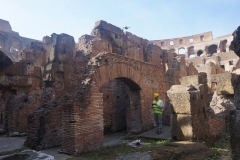 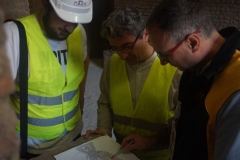 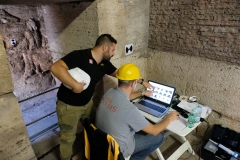 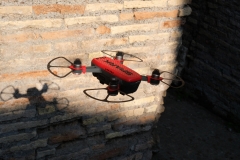 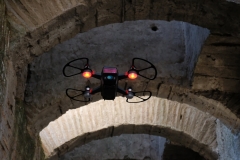